All beneficial worms play a part on our farm, but the ones we work with the most are compost worms. These useful, squirmy little fellas can be used in many different ways to improve your soil and create healthy plants. Compost worms are worker worms that feed on organic matter and convert it to fertilizer. They can eat half of their weight in organic matter each day. So if you have a pound of compost worms you can feed them 1/2 pound of kitchen scraps each day. We like to use the common red wiggler compost worm for our jobs on the farm. A pound of red wigglers can be anywhere from 500 to 1000 worms.

In Permaculture we like to speed up nature's own systems to quickly build fertility which is required to create resilience in food and resources. On its own nature will take its sweet time, but for us mortals with less time, we can do many things to speed up nature's processes while staying within its framework of rules. Worm-work is a text-book example of how you can do this. What we call worm-work is any system that is used to speed up the health and population of worms. You can do this with the common earthworm. Simply mulching your garden beds will speed up the population of worms. An in-ground compost pit will encourage earthworms to thrive and multiply. Earthworks used to slow the run-off of water leaving your property and instead promote soakage will dramatically increase worms throughout.

Worms need soil temperatures over 40º F, organic matter, water, grit, calcium and a substrate with a carbon to nitrogen ratio of 30:1; which is actually the ideal ratio for compost in general. The ability of compost to attract worms is one of the benefits of mixing it into garden beds and perennials at planting time.

You can take your worm-work to the next level with red wiggler compost worms. While you don't get the soil aeration effect you get from earth worms, compost worms are surface dwelling worms with voracious appetites. You can use these in a simple worm bin, a big fancy wormery (see below), in your compost pile, or in a worm tower embedded into your garden bed. They eat kitchen scraps, but also they eat livestock manure and compost. We feed ours sheep manure, sawdust, ground leaves, river grit, ground up eggshell, kitchen scraps and rice. They love cooked rice, and this is the surest way to grow a population quickly.

Worms are the makers of nature's fertilizer. The worm castings they produce can be harvested regularly from the wormery and together with the worm tea, these two plant foods close a sustainable fertility loop from soil → harvest → to wormery → to soil. Worm castings and worm tea are rich in microbial life and can quickly transform a barren soil.

You can add worm castings to your garden beds directly and also your potted plants. If you have a container garden, this could be the principle way to get worm castings into your potted plants and can increase the life of your potting soil. Worm tea can be used when you water your garden. Mixing worm tea with your water is an excellent way to add microorganisms to your soil and can transform your soil over time. While you don't have to dilute your worm tea, if you are doing this regularly on a schedule, we recommend making the benefits go further by diluting it with water by 4:1. Four units of water for every 1 unit of worm tea. 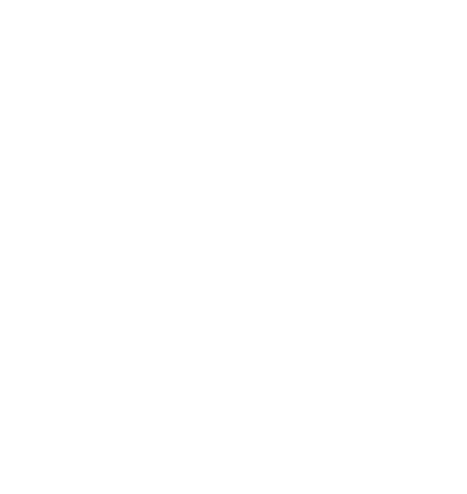 Since 2020, we have built up a healthy population of Red Wiggler compost worms. We house them in a 4 season custom built indoor wormery with a pool liner that allows us to harvest worm leachate we refer to as 'worm tea'. Any system that creates a closed sustainable loop and can provide at least three beneficial functions can be considered a Permaculture system. A wormery meets this criteria while speeding up nature's own process. 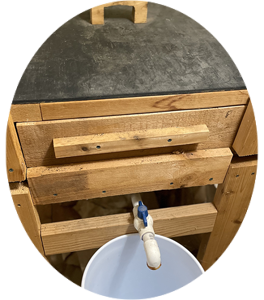 There are many reasons to have an indoor wormery.